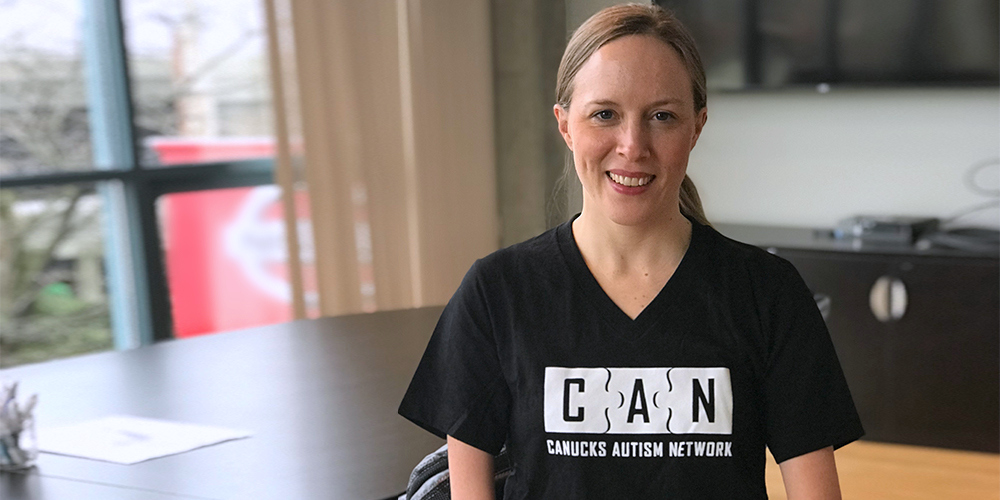 This past December, Canucks Autism Network (CAN) Manager of Programs, Elisabeth Walker-Young, received the incredible honour of being named to the Order of Canada. As per a statement from the Governor General, Elisabeth has been appointed “for her excellence in the sport of swimming and for her advocacy of inclusive sport in Canada.”

We are overjoyed that Elisabeth’s tireless work to promote accessibility has been so highly recognized  on a national level. We welcomed Elisabeth to our office team in September 2017. She joined CAN as a highly-experienced advocate and changemaker for inclusion in sports — both as an athlete and a professional.

As a competitive swimmer, Elisabeth is a four-time Paralympian that has won three gold medals for Team Canada. At the 2015 ParaPanAmerican Games, she was chosen for the role of chef de mission (official leader and spokesperson) for Team Canada – an honour that foreshadowed her career in affecting positive change. 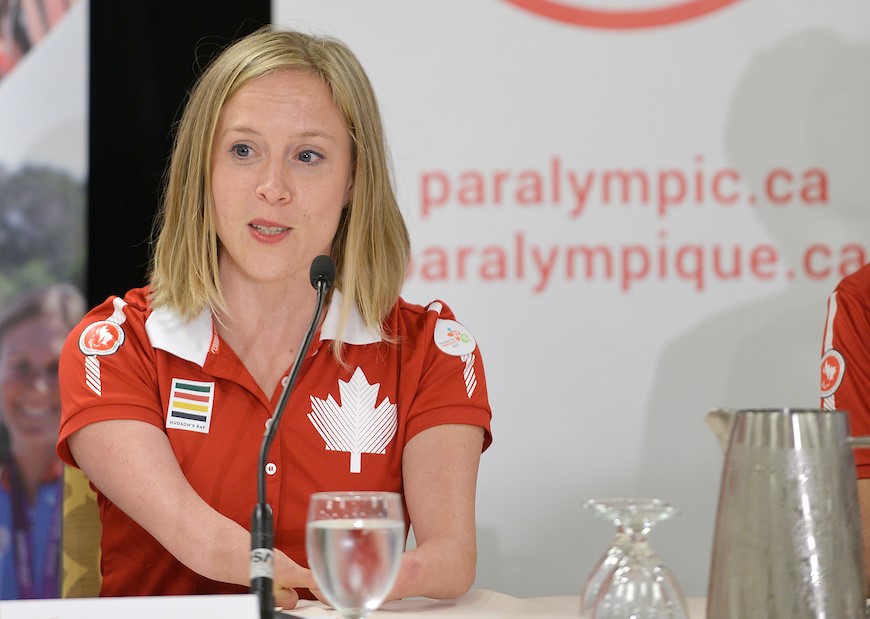 After retiring from competition, Elisabeth took on managerial roles with ParaSport Ontario, Curl BC, the Vancouver Organizing Committee for the 2010 Olympic and Paralympic Games, and viaSport BC, before joining CAN.

In celebration of her appointment, Elisabeth was interviewed this week by Accessible Media Inc (AMI) in Toronto. In addition to speaking about her lived experience as an athlete with a disability, Elisabeth reflected on the province-wide impact on individuals and families living with autism that she now helps oversee with CAN.

“I absolutely love [working at CAN], because it’s an organization that truly believes in sharing their knowledge. We provide that intro to sports, but a huge part of what we do is training,” Elisabeth explained.

Listen to the full 14-minute interview with AMI.

“From a capacity issue, we can’t offer [every possible sports and rec program], so we train the sports sector, recreation sector, first responders. We train anyone in the community to be inclusive and to understand what autism is so that there are more positive experiences in the community.”

On being named to the Order of Canada, Elisabeth had this to say: “It’s a huge honour, but my work isn’t done. I know there’s still so much more to do and so much more to give.”

With passionate leaders like Elisabeth at the helm of our province-wide efforts, we are so excited for what the future of CAN programs, training and awareness initiatives holds.