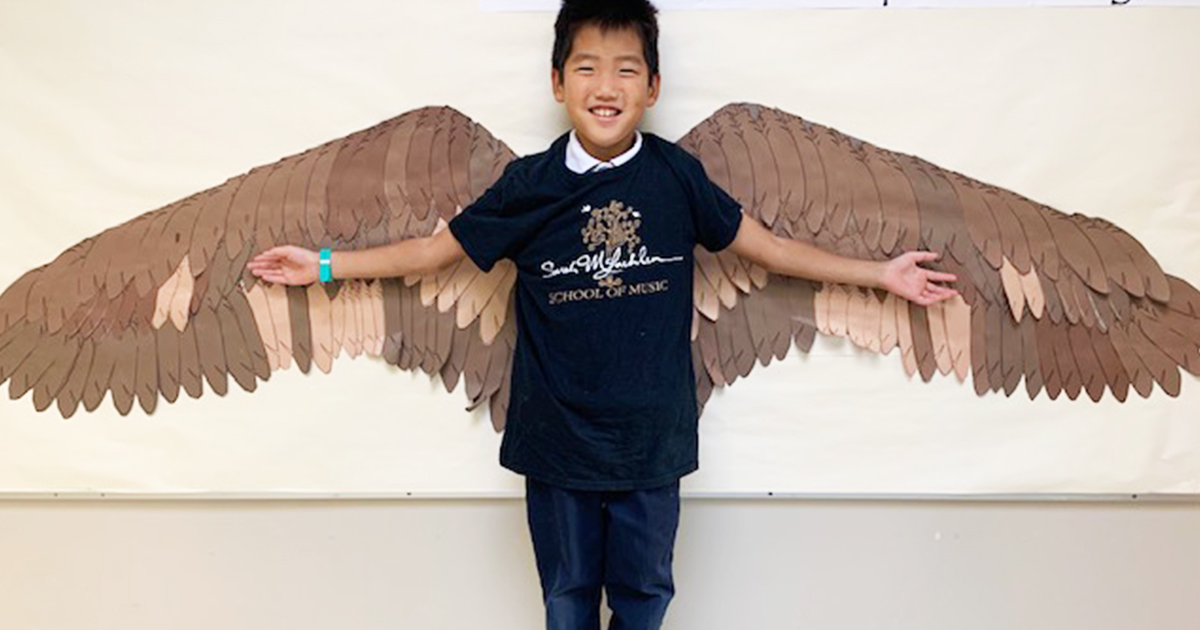 Offered in partnership with Sarah McLachlan School of Music, our music program impacted over 80 kids, youth and adults with autism last year.

As we tune up for another year of CAN Music, we received a particularly inspiring message from a parent of one of those participants.

My son Kai has autism and has benefited from CAN programs for many years. He absolutely loves singing and has participated in the Sarah McLachlan School of Music program twice.

From the time he wakes up to when he’s asleep, he’s singing all day long.

One of his favourite songs is “Can’t Stop The Feeling” by Justin Timberlake. It is one of the many songs he’s learned through the CAN Music program.

Every week, he’s always so excited to tell me when he tries the drums or goes on stage to try the mic with CAN.

Kai has a lovely singing voice and is quite gifted. So this past September, we wanted to try a “mainstream” choir program closer to home.

I waited outside the classroom for the entire first session, hoping he was doing well.

Towards the end, a staff member came out, visibly frustrated. She pulled me aside and her first question was, “What is up with Kai?”

Kai can often be quite high functioning. When he’s in a good space, he doesn’t need much support. So sometimes I forget how much he struggles with self-regulation when he doesn’t know what to expect or if he’s excited about new experiences. 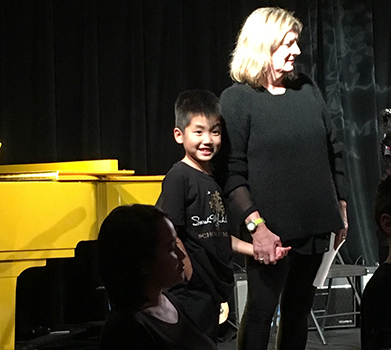 Kai on stage during a CAN & Sarah McLachlan School of Music performance.

When I reiterated to the staff member that he has autism, she told me that they didn’t have any additional support for those with special needs and that it wasn’t going to work out. At that moment, Kai came bounding out of the room and exclaimed, “Mom, that was so much fun!”

But while fighting back tears, my first thought as I drove back home with Kai was how grateful I am for his experience at CAN and Sarah McLachlan School of Music.

I am so thankful that he has a place to be himself and do what he loves most in this world.

Kai wears his Sarah McLachlan School of Music shirt all the time. And when he sees Sarah McLachlan’s name anywhere, he gets so excited. And he’ll proudly say, “That’s my music school!”

So thank you for all your hard work and dedication to all children with autism.

It is so important, so needed and so valued.

It is an absolute privilege to be a part of the lives of families like Rosaleen and Kai’s.

We are so thankful for organizations like Sarah McLachlan School of Music who have joined us in our mission to deliver programs for children like Kai.

But we are also committed to ensuring that inclusive programming extends beyond the walls of CAN programs.

That’s why we continue to expand our training and community engagement initiatives across BC and beyond. By sharing our knowledge about autism, inclusion and accessibility, we are working towards our vision – for every individual with autism to be understood, accepted and supported in all community spaces. 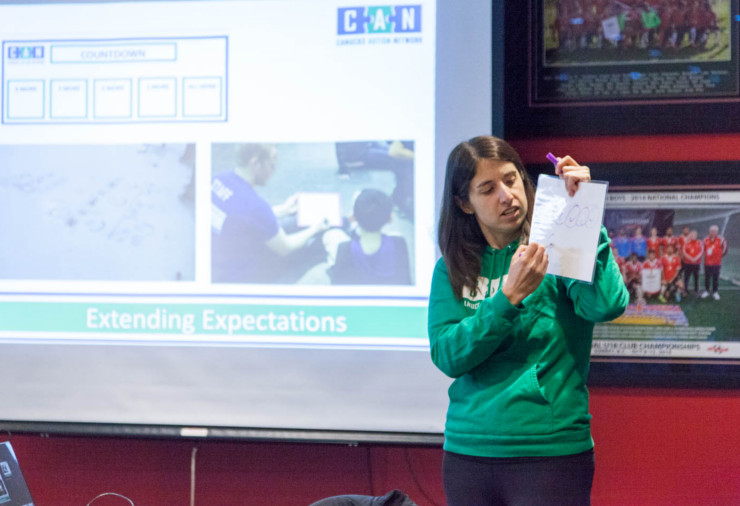 Interested in increasing accessibility and inclusion in your organization’s programs?