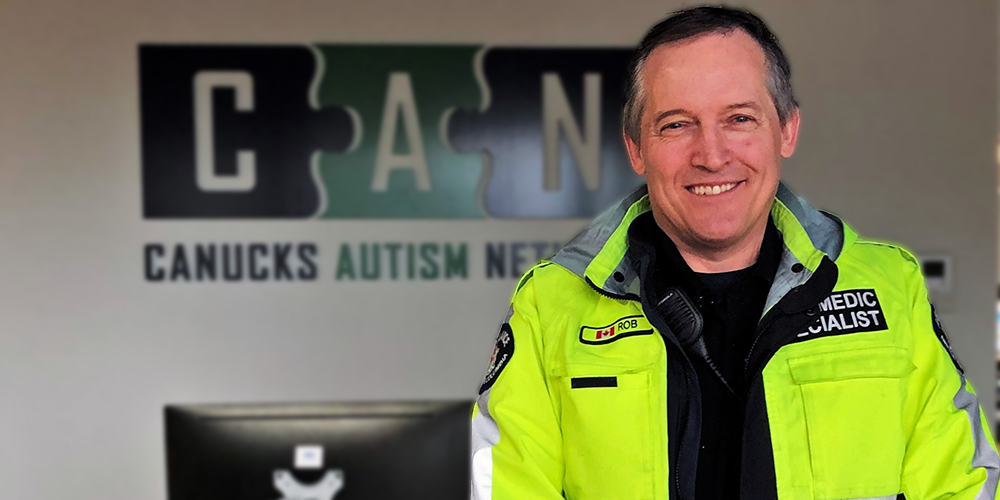 Rob MacMillan is a BCEHS paramedic specialist who serves on the Canucks Autism Network (CAN) First Responder Advisory Committee.

First responders are more than seven times more likely to interact with an individual with autism. However, most are not trained on how to recognize autism or utilize effective support strategies in crisis situations involving those on the spectrum.

Due to anxiety, sensory sensitivities, triggers or communication barriers, emergencies involving an individual with autism can often escalate quickly without this background of understanding.

As a BCEHS Paramedic Specialist and father of a daughter with autism, Rob MacMillan is highly motivated to bridge this gap of understanding. Together with six other members of the Canucks Autism Network (CAN) First Responder Advisory Committee, Rob played an instrumental role in developing and launching our First Responder eLearning Module this past January. 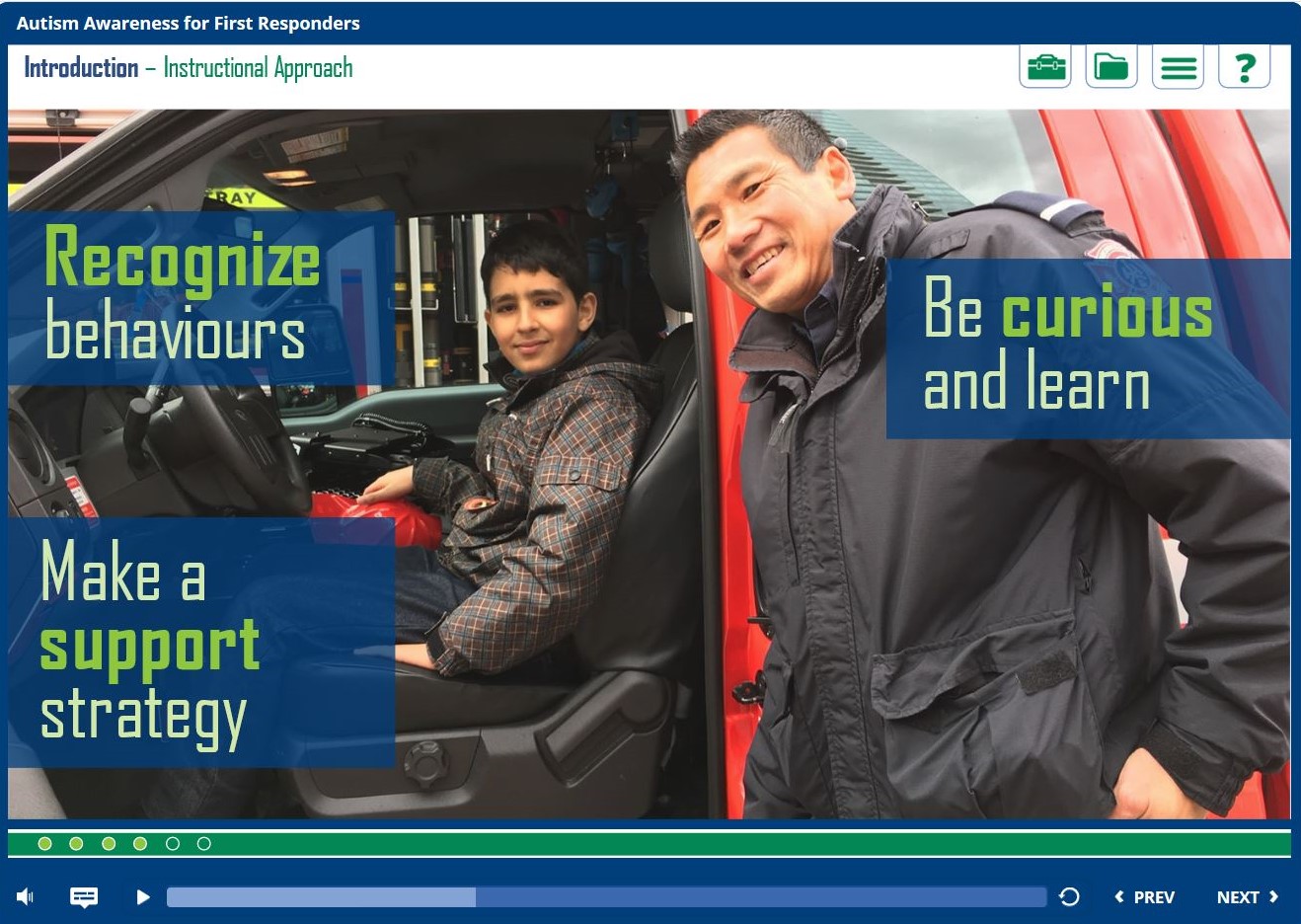 The First Responder eLearning Module is a FREE 1-hour course available to fire fighters, police officers, paramedics, search and rescue and other emergency care providers across BC. Visit elearn.canucksautism.ca to access now!

Rob recently shared an example from the field that illustrates how a little awareness can go a long way in emergency situations.

Last month, Rob was at a dispatch centre when a call came in involving a boy with autism who had climbed three stories up a tree. Rob arrived on scene to find the boy’s mother anxiously watching as her son continued climbing to dangerous heights.

“Fire rescue had already arrived,” Rob recounted. “And any time one of them tried to approach the boy, he just kept climbing higher and higher. He wasn’t afraid – he was just having fun. But we were all extremely distressed. Meanwhile, the tree was starting to sway as he continued climbing.”

Despite Rob’s personal experience with autism, he knew that each child with autism is an individual with their own unique personality. He asked the boy’s mother about her son’s likes, dislikes, triggers and ability to communicate. The mom informed him that her son was non-verbal. They began to strategize together.

Learning that the young boy was highly interested in his mom’s iPhone, they initially tried to show him something on a smart phone to encourage him to climb down. 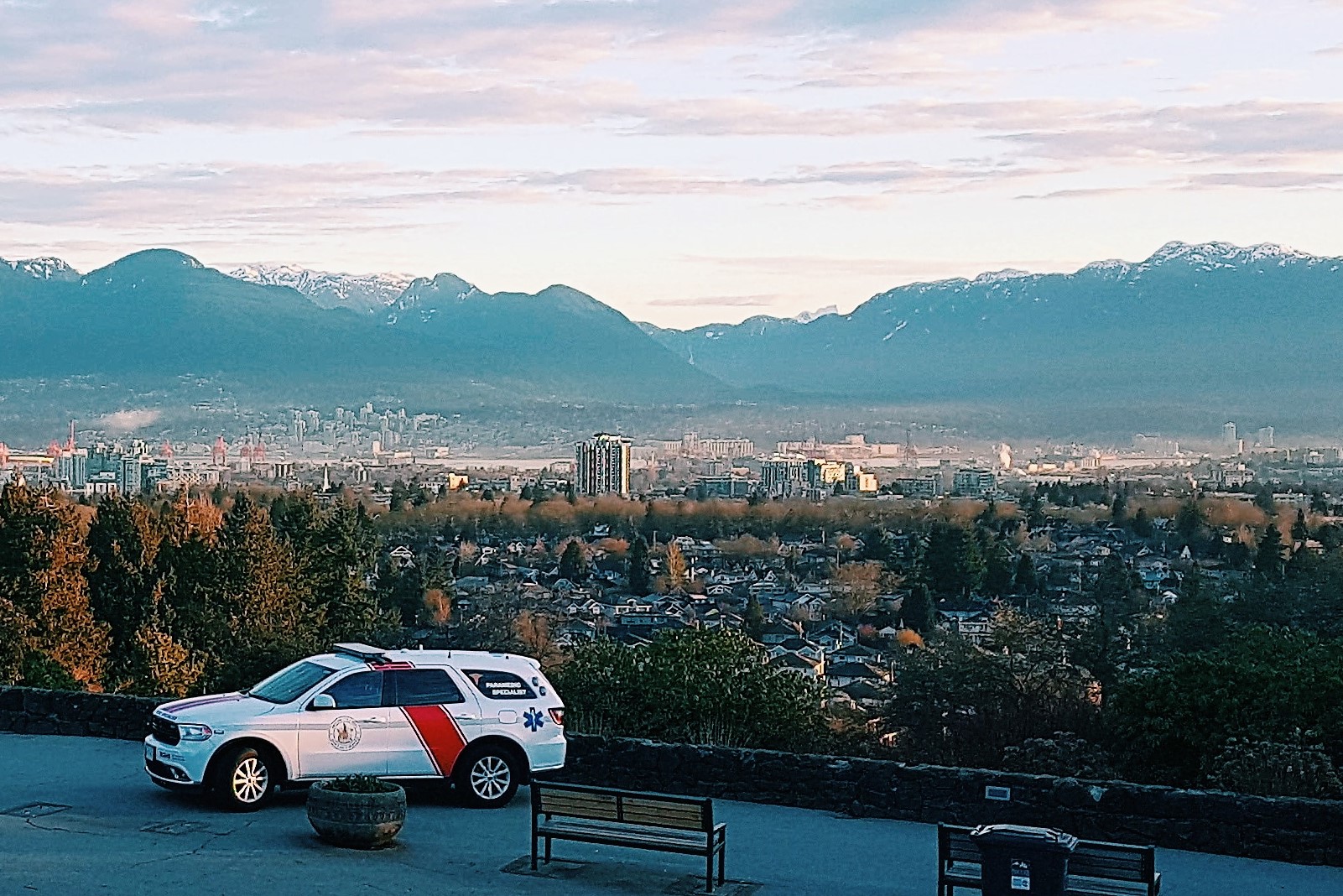 As a BCEHS Paramedic Specialist, Rob provides on-scene support for high-risk situations in the Lower Mainland.

When that didn’t work, Rob regrouped with the firefighters. Although the boy was non-verbal, Rob explained to them that he could likely understand the words they were saying and that they simply needed to adjust the way they communicated with him.

“They just needed to talk to him nice and slowly, allowing time for their instructions to sink in,” Rob recounted. “His mom had also indicated that he likes [sensory] pressure, so if they needed to hold him to help him down the tree, he’d probably like that if it felt to him like a hug.”

Armed with a bit more awareness of the boy’s needs and communication style, the firefighters began another ascent up the tree. But slower. And with newfound confidence felt more confident that the boy was understanding what they were saying, and that they could interpret his behaviour a bit better as well.

When one of the firefighters eventually reached the boy, he used simple language and offered the boy a big hug. The boy accepted his invitation with open arms and together they made their way back down to the ground.

After nearly two hours on-scene, Rob watched as the boy was successfully rescued and reunited with his mother.

“She had tears in her eyes. Most of all, she was just so relieved that somebody there understood autism and what was happening up in that tree.”

CAN’s eLearning Module for First Responders is FREE and available 24/7 online. Since launching in January 2019, over 800 first responders across BC have accessed the training. Take the 1-hour course at elearn.canucksautism.ca.