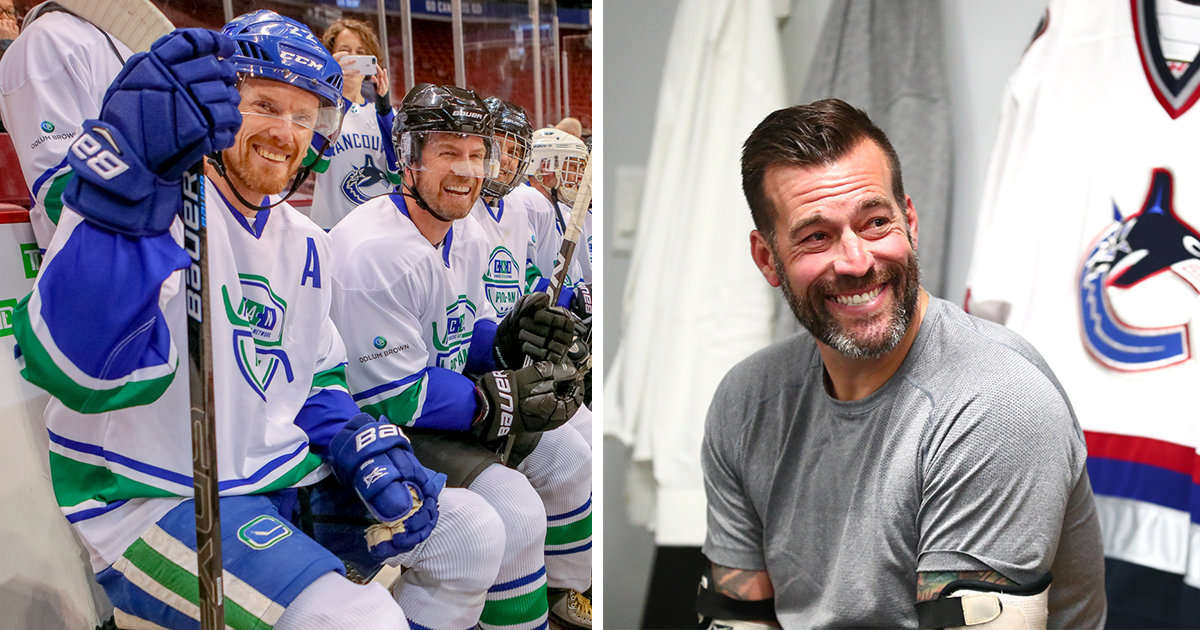 VANCOUVER, BC – The 2020 CAN Pro-Am Hockey Tournament, presented by Hudson Pacific Properties, is set to take place January 24-26 at UBC Doug Mitchell Thunderbird Sports Centre. Now in its second year, the charity tournament is headlined by Vancouver Canucks legends Henrik Sedin, Daniel Sedin, Todd Bertuzzi, among a star-studded list of NHL Alumni. They will be joined by upwards of 20 rec and corporate teams for an unforgettable weekend of hockey in support of Canucks Autism Network (CAN).

The full list of former stars includes Brendan Morrison, Mason Raymond, Chris Higgins and Brad May with more to be announced as the tournament approaches. Teams must raise a minimum of $20,000 for CAN in order to participate and draft an NHL Alumni for the weekend. Individuals may also register for a fundraising minimum of $1,500. Limited spots remain; those interested can visit canproam.ca for full details.

The tournament weekend will also feature a Hotstove Luncheon, where hockey enthusiasts will enjoy an exclusive opportunity to hear from and mingle with NHL Alumni. Sportsnet will be moderating a pair of panels on-stage, revealing untold stories from the Sedins and Bertuzzi. Meanwhile, each table will be hosted by an NHL Alumni. Luncheon tickets are currently on sale ($300 per seat or $2000 per table of seven) at canproam.ca/luncheon.

“It’s a fun tournament. The top fundraising team gets to draft first overall, but it might not even be me or Henrik,” said Daniel Sedin in an interview with Official Media Partner Sportsnet 650. “It’s amazing what Canucks Autism Network does. There are so many families struggling with autism, so if we can raise a lot of money, it goes to a great cause.”

“It’s shocking actually – 1 in 46 children has autism and over 16,000 in BC alone,” Bertuzzi added in another Sportsnet 650 interview. “NHL Alumni come in and the interaction with players in the dressing room is second to none. As long as I’m with a charitable group and guys that like to have fun, I’m all in.”

Last year’s inaugural tournament raised over $575,000 in support of CAN and BC families living with autism. Event funds will support CAN’s vision for every individual with autism to be understood, accepted and supported in all community spaces.

ABOUT CANUCKS AUTISM NETWORK (CAN)
Founded by Vancouver Canucks Co-owners Paolo and Clara Aquilini in 2008, Canucks Autism Network (CAN) is dedicated to providing programs to individuals with autism and their families, while promoting acceptance and inclusion through community engagement and training initiatives across BC and beyond.