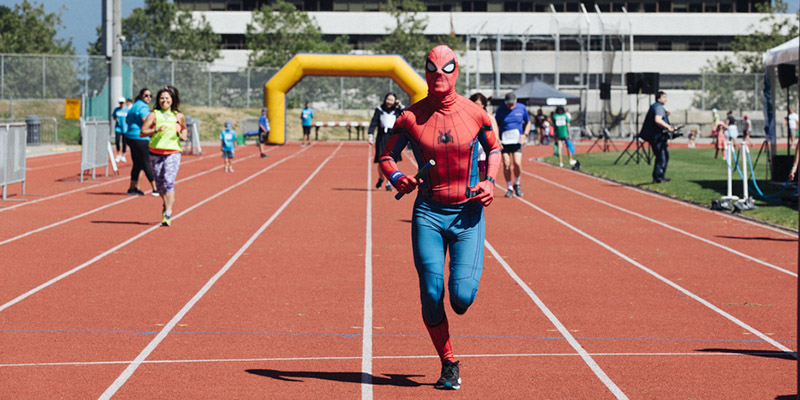 Earlier this summer, everyone at the CAN Relay 4 Autism wanted to know.

The first-ever CAN Relay 4 Autism invited families, supporters and the general public to Swangard Stadium for a day of fun, fitness and festivities.

Attendees were encouraged to come dressed in their best retro attire, superhero suit or whatever fun costume they had in their closet.

Even with a field full of games and activities, festival goers found their attention was repeatedly pulled back to the track where a certain masked crusader just kept running and running.

Beginning at around 10:30 in the morning and continuing well into the afternoon, the anonymous superhero completed 40 laps. That equates to 16km, in support of Canucks Autism Network.

In full costume. In the sweltering summer heat. Never once taking off his mask to reveal his true identity.

It wasn’t until after the event, that the mysterious masked marathoner revealed his true self. 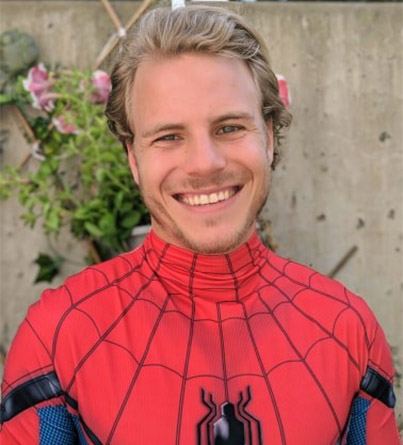 Christian Bods Brown is an animator at Vancouver-based PIXOMONDO.

One of his coworkers Patricia de Souza, started a team for the CAN Relay at their office.

“I ran the BMO Vancouver Marathon earlier this year and I thought [the CAN Relay] was for a brilliant cause,” Christian shared with us. “So when Patricia invited us to participate, I wanted to get involved.”

Patricia’s family had just joined CAN last year – shortly after her son Silas received his diagnosis. 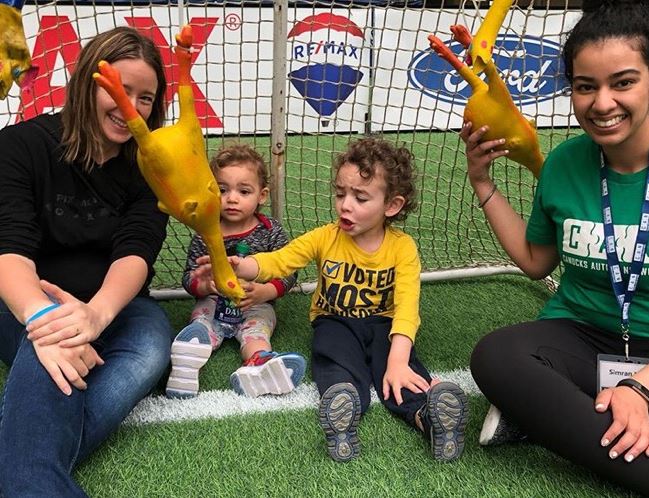 Patricia and her kids at the 2019 CAN Sports Day.

“Silas really loved the swimming,” Patricia told us. “The staff and volunteers are amazing. They are all so energetic and positive. We’ve had such a great experience so far, we wanted to give back.”

For six months, Patricia, Christian and their fundraising team at work collected cans and bottles.

“I kept bags under my desk and would bring them on the skytrain home with me,” Patricia shared with us.

Team members posted on social media, including Christian, who told his friends and family: “The more you donate, the farther I’ll run!’” 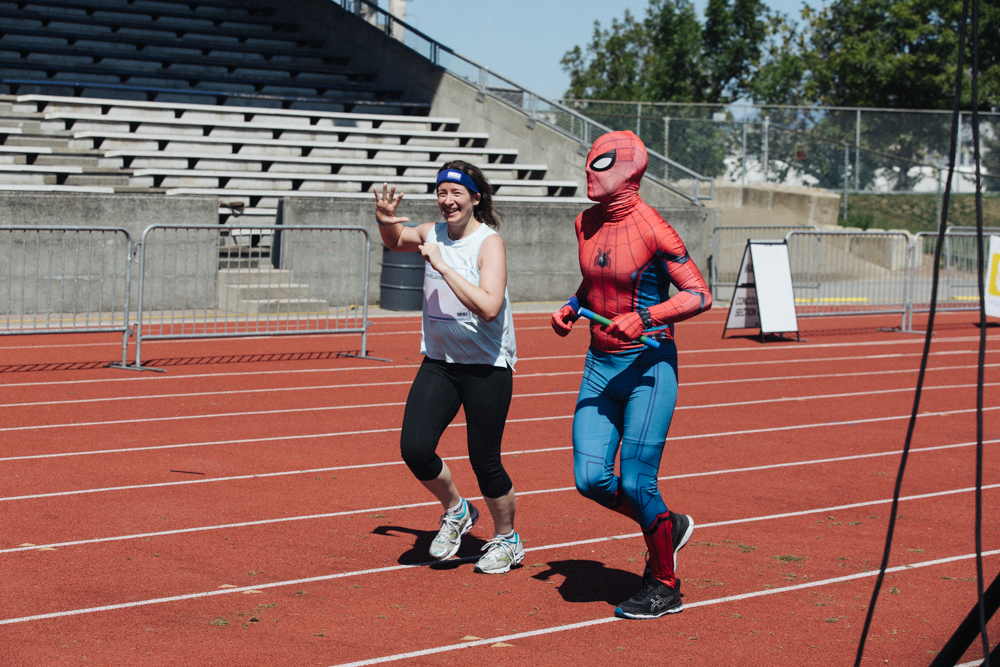 Patricia and Christian running for a cause at the CAN Relay 4 Autism.

Not all heroes wear a suit. But in this case, the costume was appropriate. Because without superhuman supporters like Christian and Patricia, who so eagerly give back, our programs and training initiatives simply would not exist.

Thank you to everyone who energetically supported us at the CAN Relay 4 Autism. We can’t wait to see you next year!

Want to get involved with Canucks Autism Network? Here’s 5 ways you CAN!