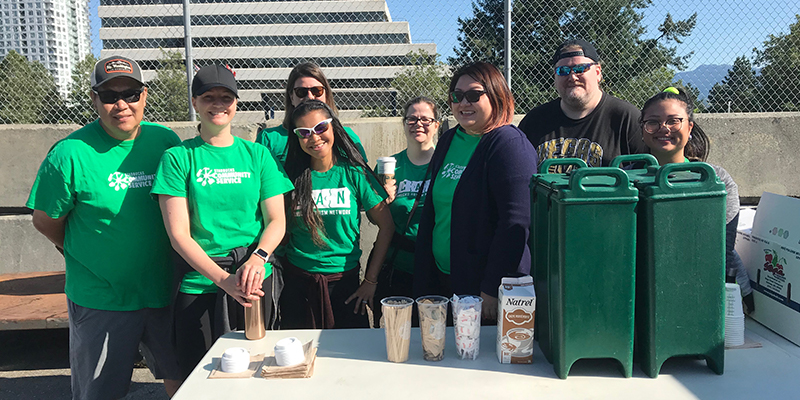 It’s been a couple of years since we moved our headquarters to the Kitsilano neighbourhood in Vancouver.

But for years, we called the corner of Yukon and 2nd home. And just across the street is where our office staff got their daily caffeine fix at Starbucks. It wasn’t long before Store Manager Ann-Marie Lee-Teahen knew virtually the entire Canucks Autism Network (CAN) office team by name.

Although we’re no longer immediate neighbours, our friends at Starbucks remain CAN supporters who we are proud to celebrate this National Volunteer Week.

“When I became the community lead in my district, I reached out to CAN for volunteer opportunities,” said Ann-Marie.

“At that time, one of the managers in our district, Evelyn Campbell was a CAN mom.”

“Through CAN, her son Logan has been enrolled in so many sports and social programs. He has come leaps and bounds!”

As a group, Ann-Marie, Evelyn and their fellow baristas began volunteering in our office to help organize and prepare our program supplies. Ann-Marie even donated her time to support our Weekly Youth & Adult Program for a season. 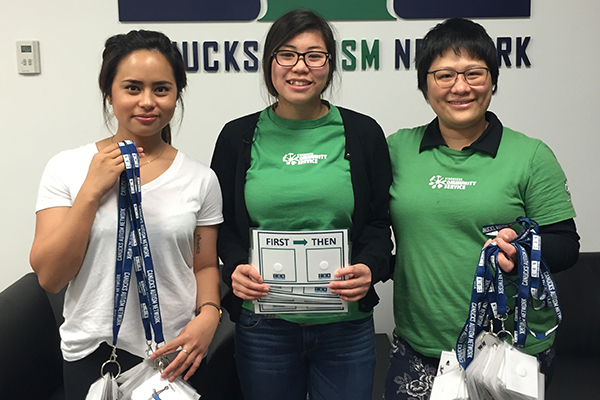 “I received training and learned so much from the program with respect to understanding people with autism,” Ann-Marie said.

Our neighbours across the street were eager to contribute more to our community. So when we asked them to put up some posters to promote our CAN Family Festival in 2016, Ann-Marie got the idea to get involved with our events as well.

Hundreds of families needing to stay warm at our annual Festival of Lights at Van Dusen? 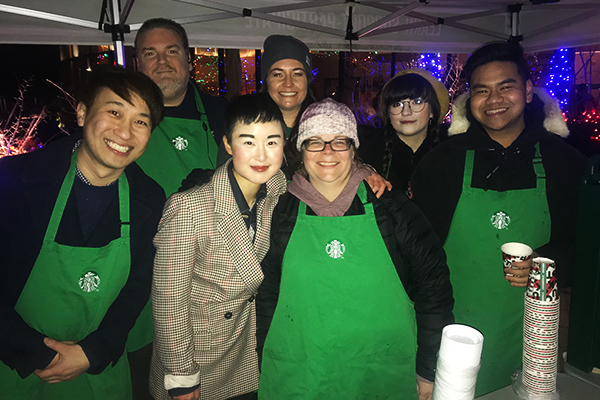 Hockey players arriving early in the morning for an 8am game? 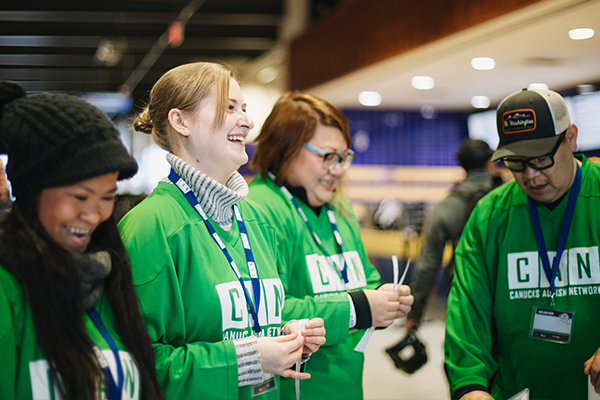 Over the past six years, Starbucks has volunteered at CAN Family Festival, CAN Relay 4 Autism, CAN Festival of Lights and most recently the CAN Pro-Am.

And at each event, they were on hand bright and early or late at night offering a warm smile and a free coffee or hot chocolate!

But their incredible contributions don’t stop there. Through the Starbucks Foundation, Ann-Marie and her South Central Vancouver Starbucks District have donated a total of $3,000 to support CAN programs, training and community engagement initiatives.

Like many businesses, most Starbucks locations are closed due to the current health crisis. And our hearts go out to the many store managers, baristas and all those who are waiting to get back to work.

But knowing how committed they are to giving back, it came as no surprise that the Starbucks at Yukon St and 2nd Ave remains open to frontline workers.

Ever since our new life of social distancing began, Ann-Marie and her team have been serving free coffee to the many first responders and health care workers in their neighbourhood, including those from Vancouver General Hospital and Vancouver Police Department headquarters.

“It has been a very fulfilling experience, ensuring that our first responders can be the best they can be,” said Ann-Marie.  “If only through a cup of coffee.”

For most, a good day begins with a cup of coffee. For us, our daily lattes and cappuccinos turned into a friendship we have treasured for over six years and counting.

Thank you, Ann-Marie and Starbucks!

Volunteer Spotlight: “Be friendly to one another”