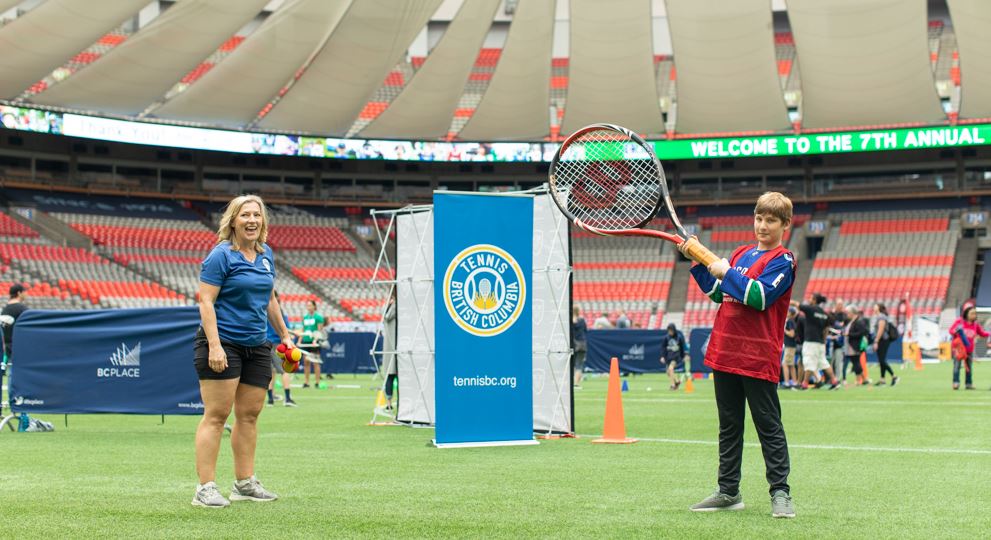 Jeannie Rohr is a longtime proponent of inclusion and accessibility in sport.

In her current role as Director of Community Development with Tennis BC, she oversees a wide range of initiatives to get kids and youth active on the court.

Earlier this year, Jeannie first took the Supporting Positive Behaviour eLearning Module. The free training opportunity was launched by Canucks Autism Network (CAN) and Canadian Tire Jumpstart this past January. 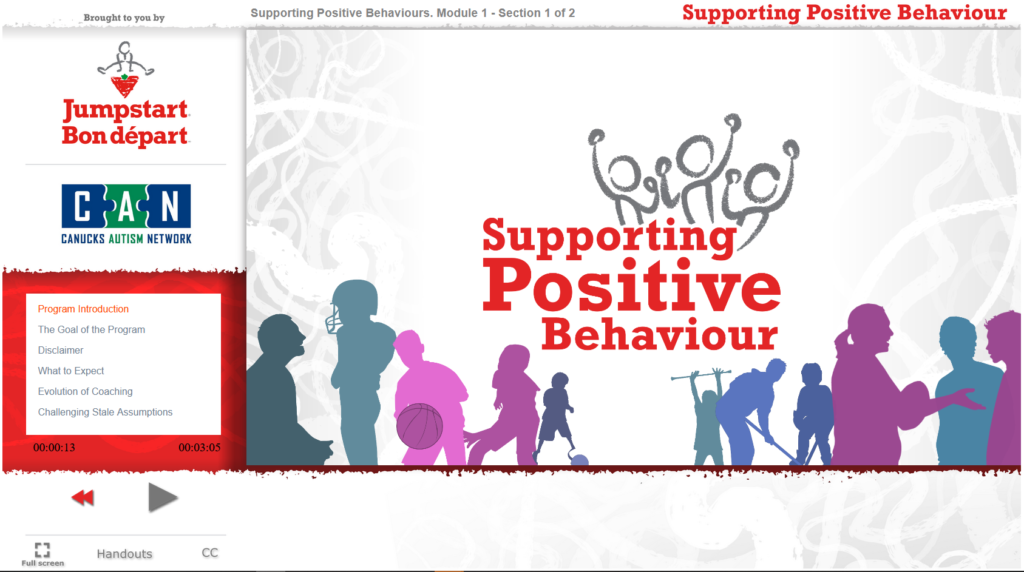 Since then, Jeannie has shared the online training opportunity across her organization. Her efforts have ensured that over 450 tennis coaches province-wide have the opportunity learn about inclusion and accessibility.

She hopes it will soon be featured nation-wide through Tennis Canada as well.

We sat down with her to discuss the importance of including kids of all abilities in tennis – and how Supporting Positive Behaviour is helping her achieve that goal.

What motivated you to take the Supporting Positive Behaviour course online?

My sister is on the spectrum. Growing up, I felt that she was left out of programs or not included quite often.

Then I worked in child and youth mental health and saw many kids who were also not included in programming. It’s hard when you see that.

So when I came to Tennis BC, something really struck me. There’s something missing for coaches.

We’re always provided tools to teach the sport. But not for engaging people of different personalities and different abilities.

As a coach, I was very determined to add pieces into our coaching certification program that could include all kids.

How do you engage a child who’s sitting on the bench and not wanting to participate? What language do you use to engage that child?

Or if you have a child running around, climbing the fence or poking another kid – how do you work to include that child and make them feel like they can participate? Our coaches often don’t have those tools.

So when CAN created the Supporting Positive Behaviour module, I was blown away. It gives our coaches the tools that they need to be able to include and engage with all kids.

How has the training impacted BC Tennis coaches?

First of all, it gives them more awareness. Coaches might have an idea that something is different about a child. But if they don’t have the tools to better understand the child, they might default to think that they’re simply misbehaving.

But with the training, they might have a different approach. They’ll think, “Something about that child’s behavior seems familiar to me. I heard something in a workshop that I just did.” 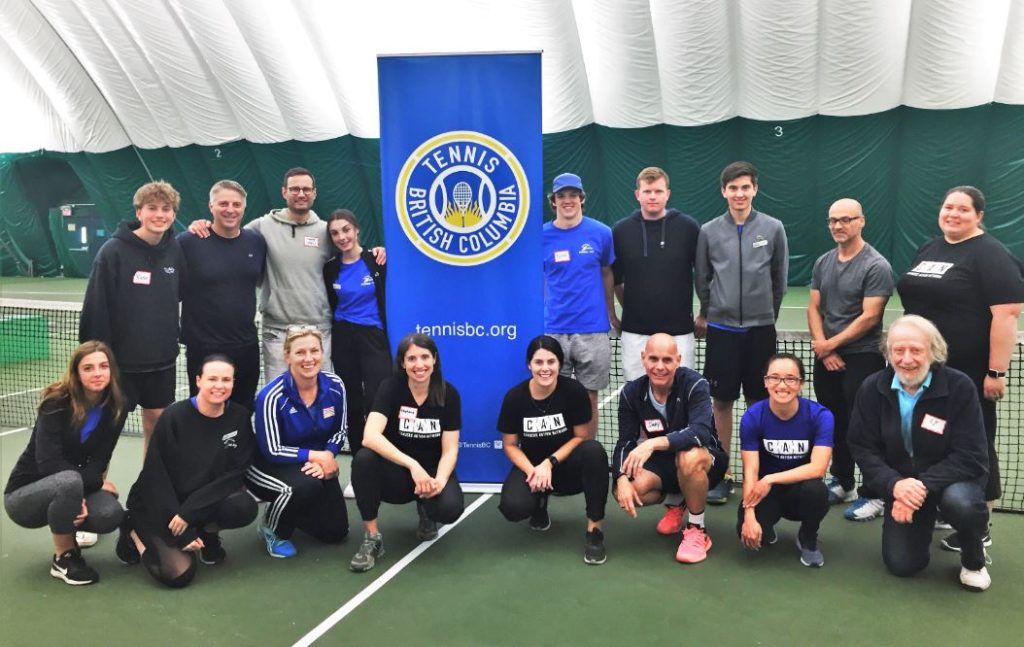 It empowers them to dig a little deeper. And now they have these tools that they can revisit, go back into their class and practice applying them.

My nephew just took the course and he’s coaching in Victoria. He told me how much he learned and how he’s been able to apply it in his day-to-day lessons.

And whether your coaching a child with a diagnosis or not – the module applies to everybody.

The Supporting Positive Behaviour course is now eligible for NCCP Professional Development Points. How valuable is that for coaches?

Tennis coaches across Canada have to re-certify every two to four years. Having an online workshop opportunity is really going to increase the number of coaches learning about inclusion.

Not just in tennis, but other sports too.

And for those in rural areas across BC – they can’t come into a physical workshop, but now they can choose an online professional development opportunity. They can choose the Supporting Positive Behaviour module. 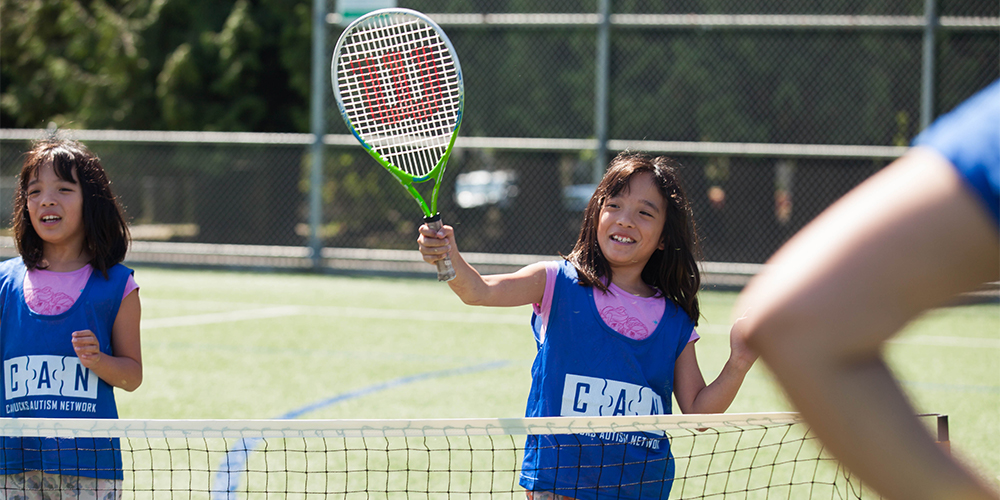 How does inclusion in sport benefit our community?

It gives kids the ability to play a sport for life. And for me, playing sports all my life has given me leadership skills, people skills, communication skills.

But it’s not just an impact to the kids – it’s the parents too.

I had a recent experience with a parent. I could tell by the look on her face – she thought it was going to be another failed attempt to include her son in sports.

I told her, “Your child is going to be okay. I’m going to include him in everything.”

And then I allowed her to sit on the side of the court, because that’s what the child needed. I slowly engaged her child, based on some of the strategies from the Supporting Positive Behaviour module.

He started to grow some confidence. And the other kids began playing with him.

Then the parent had that confidence to think – “my child can be in this class.” Slowly, she could leave the class and go have a coffee. She could have a little bit of time for herself, which is really important too.

So I think the Supporting Positive Behaviour modules are just such a great step forward in inclusion. 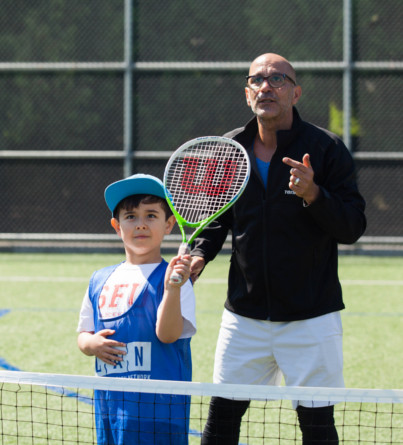 What are the next steps for Tennis BC?

We’re starting to run our after school programs and our coaches have taken this training.

Every day, I want them to practice one aspect of the tools they’ve learned. In every sport, the more practice, the more permanent it becomes.

And it’s the same with coaching. You start building confidence and then as soon as you have a child come onto your court that might have some differences, you’re gonna say, “I got this.”

I can’t wait for the next steps for coaching in Canada. We’ve got 450 tennis coaches in the province of BC. And if all 450 take that course – wow.

Tennis Canada is going to include it on their Tennis Professionals Association website. And if it’s the same across Canada – that’s even better.

National Coaching Certification Program (NCCP) coaches who are required to maintain their certification and who have submitted their NCCP numbers upon registration will be eligible for 2 NCCP PD Points.