Terri Neish has been a CAN mother since 2010. In front of a room of 200+ guests, she delivered the following speech at the ICONNBC Shine A Light Gala in support of CAN (River Rock Casino in April 2019).

My name is Terri Neish. My husband and I have a son and a daughter, both of whom have multiple diagnoses. My oldest, Ayden, is 13 years old and he has autism.

Our journey has included countless struggles. But because of generous donors who give to Canucks Autism Network (CAN), it has also included incredible triumphs.

We welcomed Ayden as a baby boy in May 2005. He was so perfect and beautiful. Like any new parents, we experienced sleepless nights and feeding struggles. But as time went on, we encountered some really unique challenges.

By 18 months, Ayden had just barely started crawling and spoke just half of a word — “wa-wa”, for water. As he continued to grow, he still couldn’t speak to us and would rather scream in frustration for all his needs. To this day, he still cannot truly tell us what he’s thinking.

After a long process in the public system, we received Ayden’s autism diagnosis just before he turned five.

With the diagnosis came a thick folder of instructions on accessing resources. We had so many dreams and desires for Ayden. Peer interactions. Social and physical development. The joy of sports that every child should have and is entitled to.

But we encountered so many organizations that turned Ayden away. I will never forget the day his pre-school asked him not to come back until they could find more support. He wasn’t violent. Believe me. He just wasn’t attentive.

In addition to autism, Ayden also ended up being diagnosed with Tourettes, sensory processing disorder and severe ADHD. He needed a lot of support in order to participate in the same things that a typical child could. But he deserved to experience the same joy that other children could.

It was overwhelming. I felt scared and completely alone.

Then our government case worker came along. She sat with us and passionately recommended Canucks Autism Network.

Her words exactly: “You HAVE to register Ayden for their programs.”

When the day came for Ayden’s first soccer session, I honestly don’t know who was more nervous. Him or me. I went through all the same fears that I had with other organizations that we had enrolled Ayden in.

But when our nervous little Ayden walked into the gym that first day, his world – our world – forever changed. He saw a group of children just like him on every level. He saw compassionate volunteers and trained coaches who could be assigned for just him — one on one.

When Ayden gets anxious, he flaps his arms or puts his hand to his mouth to rub his lips. He won’t make eye contact. As a young child, he would never go outside without this one specific hat and a fuzzy little bracelet. They were almost like his security blanket for whenever he was feeling uneasy.

These traits might seem strange to others, but the staff and volunteers at Canucks Autism Network accepted him for who he was. No judgement. Just unconditional inclusion.

Within five minutes of his first session, you could see his whole body language change. He wasn’t timid. He wasn’t flapping his arms as much. He wasn’t putting his hand up to his mouth. He took off that hat and bracelet. 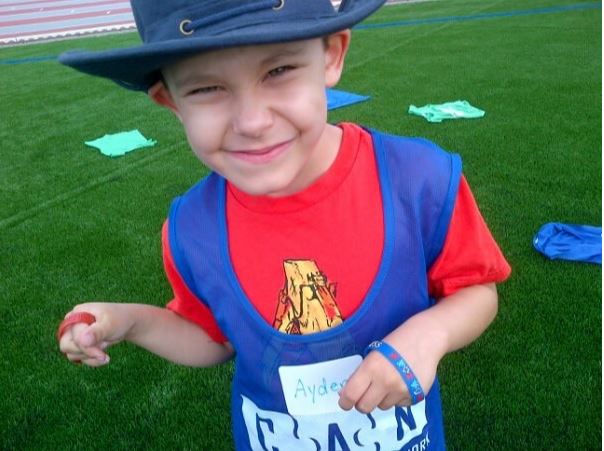 For the first time, we truly saw our special guy open up and be comfortable with himself. Ayden went from an anxious little boy who would rarely tell us how he felt – to literally bouncing from excitement and talking about how fun CAN was.

I still lose my breath out of the pure joy of seeing him like that. You could see it so clearly on his face.

That unbelievable experience on the first day has been the same each and every session at CAN. For the past 9 years, Ayden has learned to swim, bike and play basketball.

CAN programs have opened up so many possibilities when so many others told us they didn’t have the resources or the time.

Learn more about CAN sports and rec programs.

Ayden goes beyond his boundaries and commits to the people who work there because he truly trusts them. The staff and volunteers at CAN have become real life superheroes in his eyes. They empower each child to accomplish so much more than anyone thinks they can. They have shown me what Ayden is capable of.

Because they taught him to swim, we can now go to the lake in the summer and we don’t have to be afraid that he will wander and drown.

Canucks Autism Network has become a pillar of strength, comfort and acceptance for us. Because of CAN, Ayden has made some of his best childhood memories with them. His bedroom is covered with photos of him at CAN summer camps. And all the medals that he’s received in their sports programs. 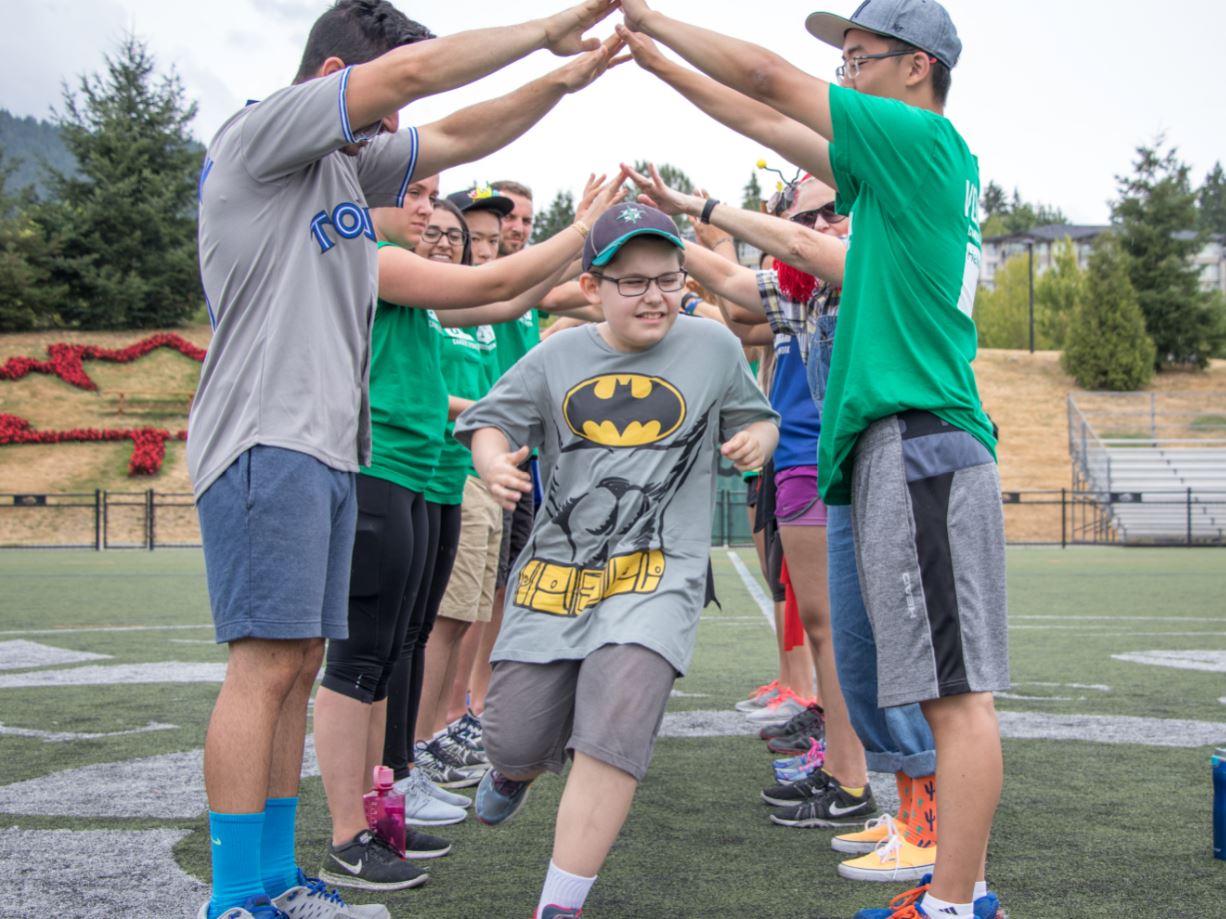 I don’t know where we would be without Canucks Autism Network. The variety of programs, the level of support and the consistency of quality – there are no other programs out there like CAN. Period. There just aren’t.

Now when I encounter new families who are also struggling with autism, I tell them just as passionately and urgently as our case worker did nine years ago. “You HAVE to register for CAN.”

I have personally paid for other families’ $25 memberships because I want them to experience what we had — and that we still have to this day.

Learn more about CAN membership,

Today, Ayden is more confident. On the verge of entering Grade 8, he is more social. He is happier. Ayden would not be the person he is today if not for Canucks Autism Network.

But there are still so many families like mine that need support. Approximately 1 in 46 children is diagnosed in BC. Ayden is one of over 16,000 children and youth with autism province-wide that need your support.

My most heartfelt thanks to all those who support Canucks Autism Network. Because of you, CAN will continue to make a lasting impact on the lives of families like ours.

On every level of my gratitude — thank you.