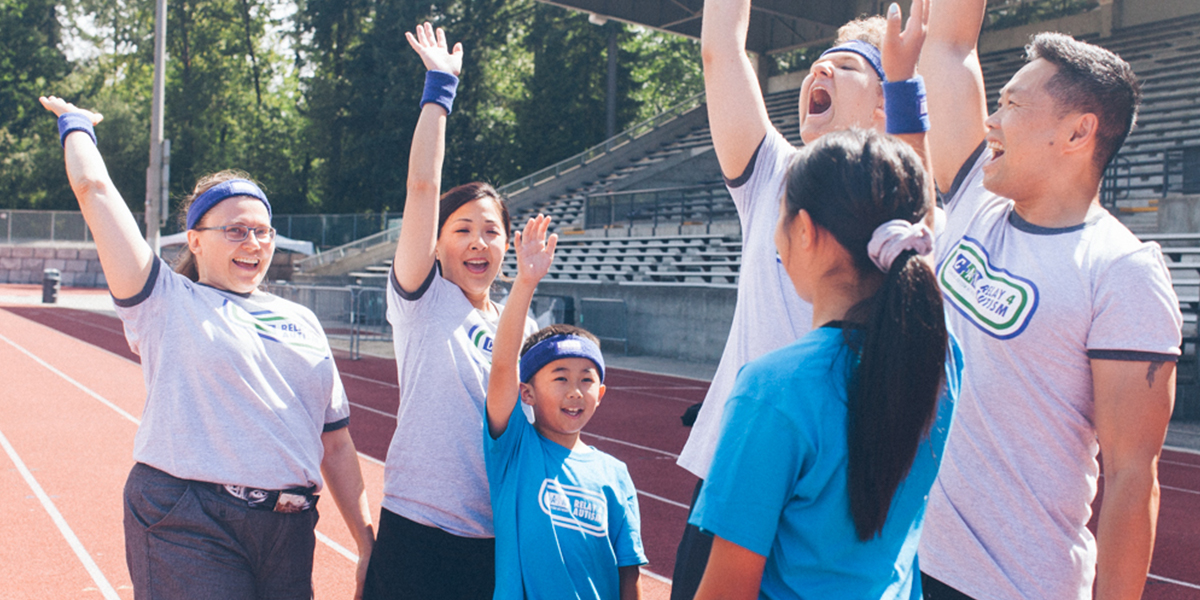 Burnaby, BC – On Saturday, July 20, from 10:00 a.m. to 3:00 p.m., Canucks Autism Network (CAN) will host the first-ever CAN Relay 4 Autism at Swangard Stadium in Burnaby. The free family-friendly outdoor event will feature carnival games, bouncy castles, food trucks, live entertainment and a vendor marketplace. The relay portion of the event will invite attendees to run, walk, or wheel around the track, many of whom have been raising funds to support CAN’s programming and training initiatives across BC.

Leading up to the event, relay participants committed to a target number of laps around the track and collected pledges from friends, family and co-workers to reach their fundraising goal. In addition to raising funds, the event aims to promote autism acceptance, understanding and inclusion in the community at large. A Sensory Friendly Space with reduced sensory input and noise-cancelling headphones will be available for anyone who may be feeling overwhelmed and in need of a quiet environment.

“Our vision at Canucks Autism Network is for every individual with autism to be understood, accepted and supported in all community spaces and this event is a public display of this commitment,” said Britt Andersen, CEO of Canucks Autism Network. “The CAN Relay 4 Autism will enable us to raise vital funds while celebrating the many capabilities and successes of individuals with autism. With 1 in 46 BC children now being diagnosed with autism, the need for support is greater than ever.”

Media are encouraged to enter through the south west corner of the stadium. CAN CEO Britt Andersen and select families living with autism will be available for interviews. Please RSVP to [email protected] and check in at the Media Check-In Tent upon arrival.

ABOUT CANUCKS AUTISM NETWORK (CAN)
Founded by Vancouver Canucks Co-owners Paolo and Clara Aquilini in 2008, Canucks Autism Network (CAN) provides year-round sports and recreation programs for individuals and families living with autism, while increasing awareness and providing training in communities across British Columbia.

Since its inception in 2008, CAN has directly impacted over 4,700 individuals with autism province-wide.

ABOUT AUTISM
Autism is characterized by difficulties with social communication, sensory sensitivities and repetitive behaviour, as well as a wide range of individual strengths, interests and abilities.