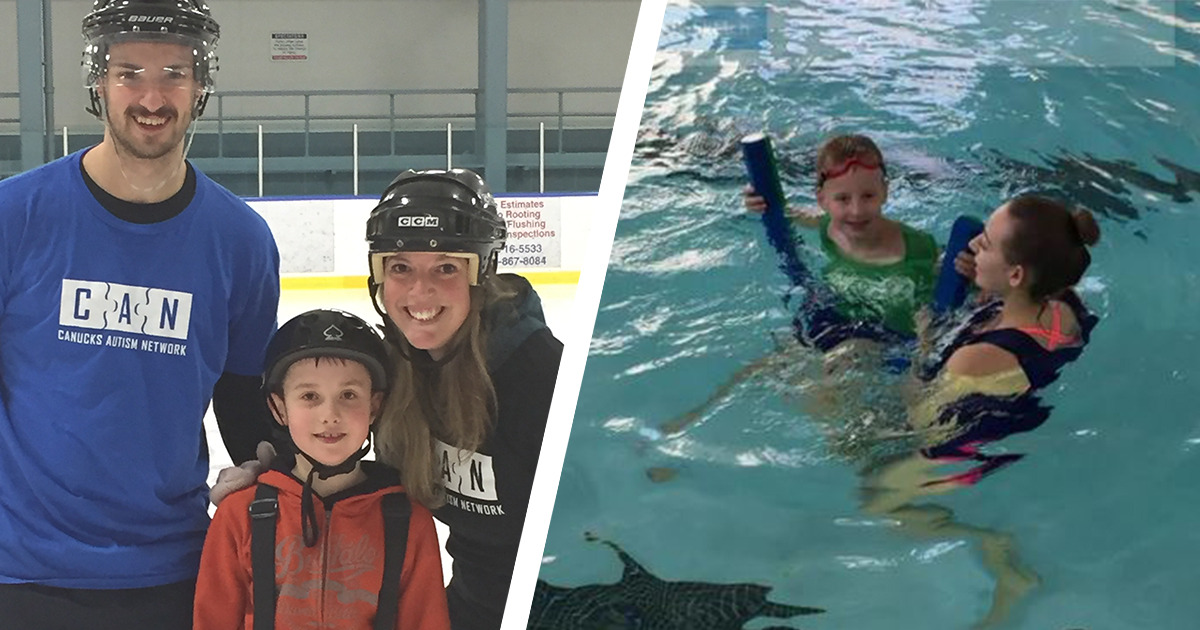 Since our inception in 2008, the Canucks Autism Network (CAN) community has grown from a handful of families in Vancouver to thousands of members province-wide.

But we haven’t achieved this growth on our own. Behind every community impacted, there is an incredible network of compassionate supporters who share in our vision.

That’s why in 2016, the Vancouver Foundation dedicated $138,000 to expand our weekly sports and rec programs in both Nanaimo and Kamloops over three years.

At the time, we were just beginning to offer programs in those regions – with 23 participants in Kamloops and 22 in Nanaimo. But the need among that relatively small group of families was immediately clear.

“So incredible to watch your child move forward”

Within one month of the funding period, CBC caught wind of the impact that the new swim program in Kamloops was having on children with autism. 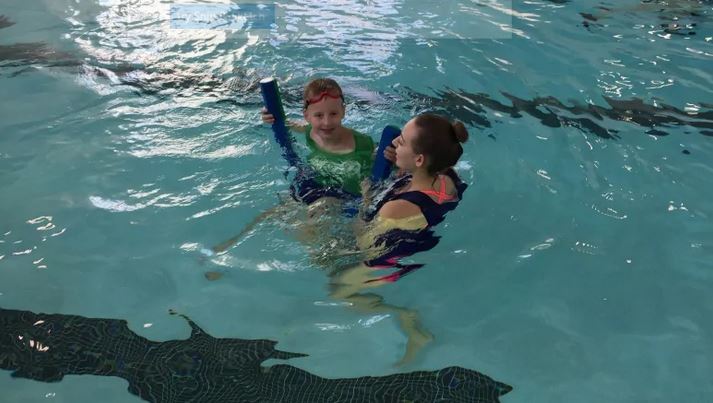 Riley swimming at Westsyde Pool in Kamloops with the support of a Canucks Autism Network staff. Photo by Jennifer Norwell, CBC.

With instructors unable to connect with Riley, he struggled to develop his skills in the water. And for children with autism who are 160 times more likely to drown than their peers, water safety skills can be life-saving.

The difference after one swim season with CAN?

“Amazing to watch,” Melanie said. “It’s so incredible to watch your child move forward and know that you don’t have to be frustrated.”

At the same time and over 400 kilometres away, families on Vancouver Island were also experiencing CAN for the first time. 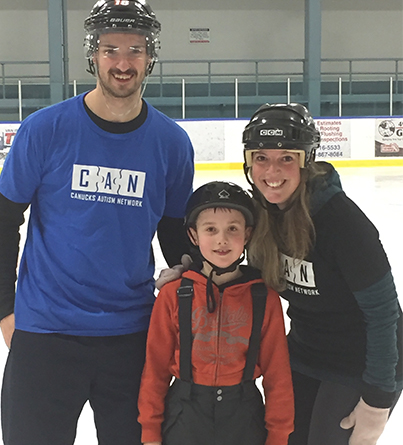 A CAN participant and staff members with in our skate program in Nanaimo.
(Participant pictured not Jason.)

“CAN programs have seriously changed his life”

But while Riley was developing his swim skills in Kamloops, another young boy was building confidence on the ice in Nanaimo.

“We had tried putting Jason in skating lessons before,” Carrie shared back in 2016. “But he spent the first lesson in tears, clinging to the boards. He said that he never wanted to skate again.”

After six weekly lessons with CAN Skate, Jason had a newfound passion. Through the individual attention that he received, his skating skills improved. He had so much fun on the ice, he kept asking his parents to keep going to the rink throughout the week. A far cry from his first experience ice skating.

In a more recent follow up with the family, Carrie gave us an incredible update.

“Jason and his sister participated in an after school rec skate program where he was able to skate with his friends like a neurotypical kid! We are so grateful for these programs. They have seriously changed his life and given him so much confidence.”

Thanks to Vancouver Foundation’s commitment to support CAN’s weekly sports and rec programs, we can also give that same confidence to kids in Swim, Skate, Active and Multisport in both Kamloops and Nanaimo.

At the beginning of the granting period in September 2016, we had a total of 55 participants in those regions.

Three years later, our weekly programs have impacted 370 participants in Kamloops and Nanaimo.

With 192 participants in Kamloops and 178 in Nanaimo, that’s a nearly 700% increase in individuals impacted. Since September 2016, those 370 participants have filled 679 weekly program spots.

But it is only because of generous community supporters that these opportunities exist.

It is because of Vancouver Foundation that moms like Melanie can have peace of mind. And that kids like Jason get a second chance at having fun in their community.

On behalf of the hundreds of CAN families in Nanaimo and Kamloops, thank you.