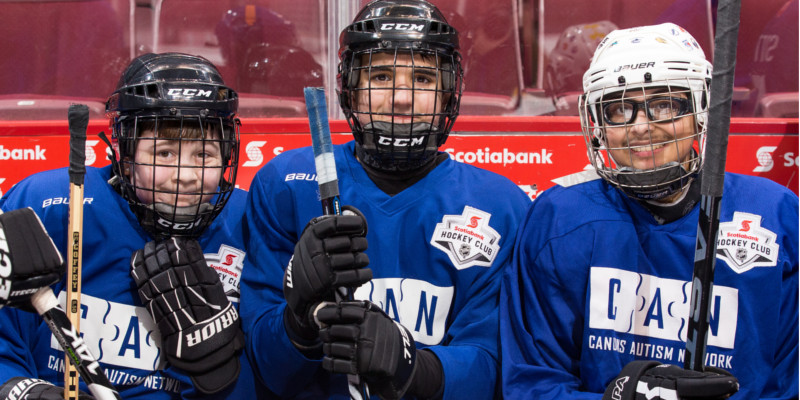 A condensed version of this story was featured in the Vancouver Canucks game-day program for their April 3, 2018 celebration of Autism Awareness Day. This story first appeared in AAJ Magazine‘s January 2018 issue, as well.

“I remember Kourosh watching the Canucks in 2011,” recalled Kourosh’s dad, Farzad. “He was mesmerized. Since then, he wanted to be involved with sports in any way possible.” 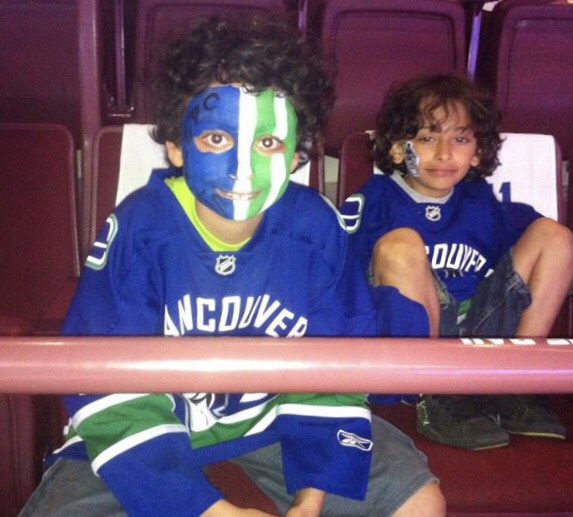 Since then, Kourosh dreamed of playing hockey. But as a child with autism, Kourosh faced a number of challenges to participate in sports and rec in the same way as his typically-developing peers. While there is significant variability among those who share the diagnosis, the core difficulty with individuals with autism is social communication.

“Kourosh is high-functioning, but as a boy who started talking at 7 years old, comprehension and communication were always a huge challenge for him,” Farzad explained.

Because of these difficulties, children with autism often benefit from coaches and teachers taking the time to break down and repeat their instruction.

Enrolling Kourosh in a typical sports program meant throwing him into a fast-paced environment that he was likely unprepared for. In order to enjoy the thrill of sports he was fascinated with, it was clear he needed close attention and individualized support.

It was not until the Ershads found Canucks Autism Network (CAN) that they began to see a path for Kourosh to achieve his dream.  Since 2008, CAN has successfully delivered a wide range of sports and recreation programs to children and families with autism across BC.

The non-profit organization was founded ten years ago by Paolo and Clara Aquilini, co-owners of the Vancouver Canucks. Like Farzad, their son was diagnosed with autism and they identified a void in the community for high quality sports programs that met the unique needs of children with autism.

At CAN, Kourosh benefited from one-to-one support from highly trained staff and dedicated volunteers in weekly soccer and ice skating programs. “It was so important that Kourosh was never alone,” Farzad explained. “He always had a CAN instructor by his side, receiving the close attention and constant communication that he needed.”

As his skills progressed in the skating program, it was time to put a hockey stick in his hands. In October 2015, Kourosh joined the Vancouver Orcas, one of CAN’s two adapted hockey teams. Through CAN, Kourosh could realize his dream of playing hockey.

Kourosh not only learned the basics of passing, stickhandling and shooting, he was taught the nuances of interacting with his peers and teamwork — social skills that are invaluable for children and youth with autism. 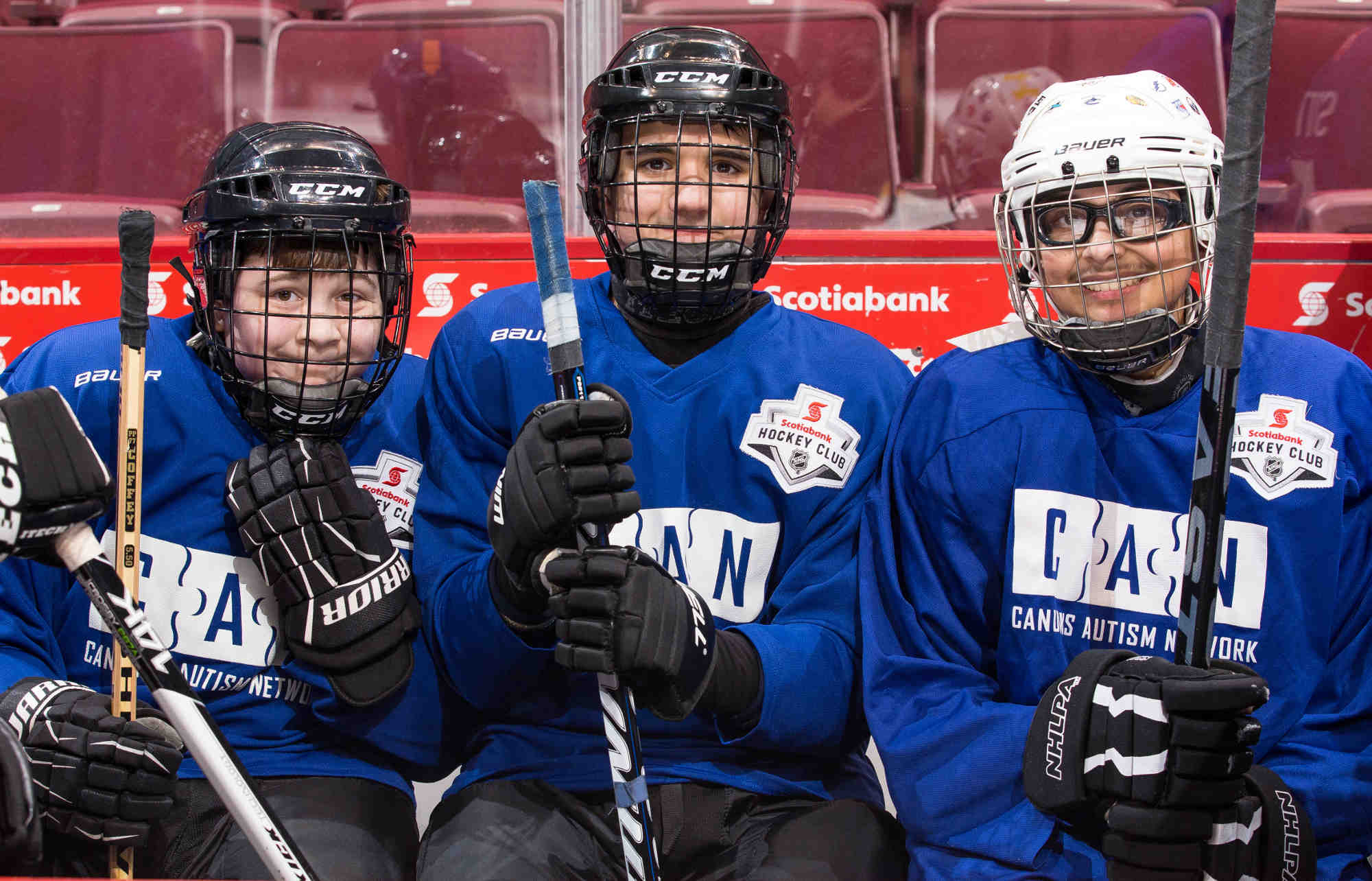 Ryan Yao, CAN’s Manager of Strategic Partnerships, coordinated the hockey program during Kourosh’s time with the Orcas. “He was such a positive presence in the locker room – always laughing,” recalls Ryan. “He became a leader and someone that his teammates truly looked up to.”

In April 2017, Kourosh travelled with the Orcas to Penticton for CAN’s annual hockey tournament. Playing against other adapted teams from across BC, Kourosh scored two goals in one of the tournament games and was named MVP.

Following the tournament, Kourosh challenged his parents to make a pivotal decision. With years of experience in CAN programs at his back, he was ready to compete alongside typical peers in the North Vancouver Minor Hockey Association (NVMHA).

This past September, Kourosh signed up for his local bantam team. To his family’s surprise, the new team was led by a coach that had previously worked with CAN. Kourosh’s new coach was able to work with the Ershads to ensure a smooth transition from CAN’s adapted setting to the relatively less-supported environment of a minor hockey team. 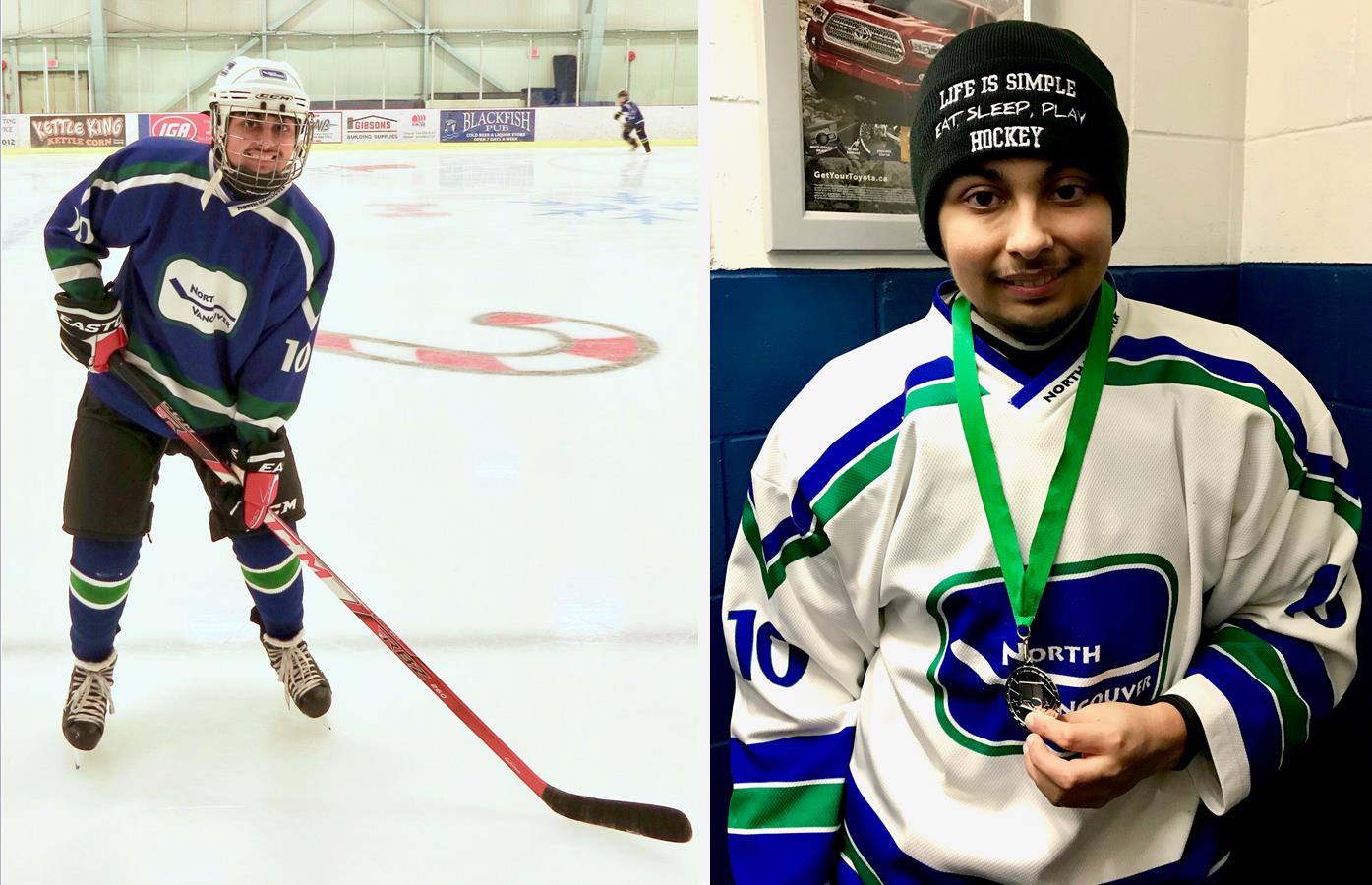 When Kourosh first joined CAN, he needed constant supervision to participate. Equipped with the social and athletic confidence gained through CAN programs, he has successfully transitioned to a typical sports environment in his community.

At the conclusion of his first season with North Vancouver Minor, he recorded 3 goals and 21 assists. Of those 24 points, he registered 5 points in the playoffs, where his team finished second.

Kourosh is living his dream and showing no signs of slowing down. 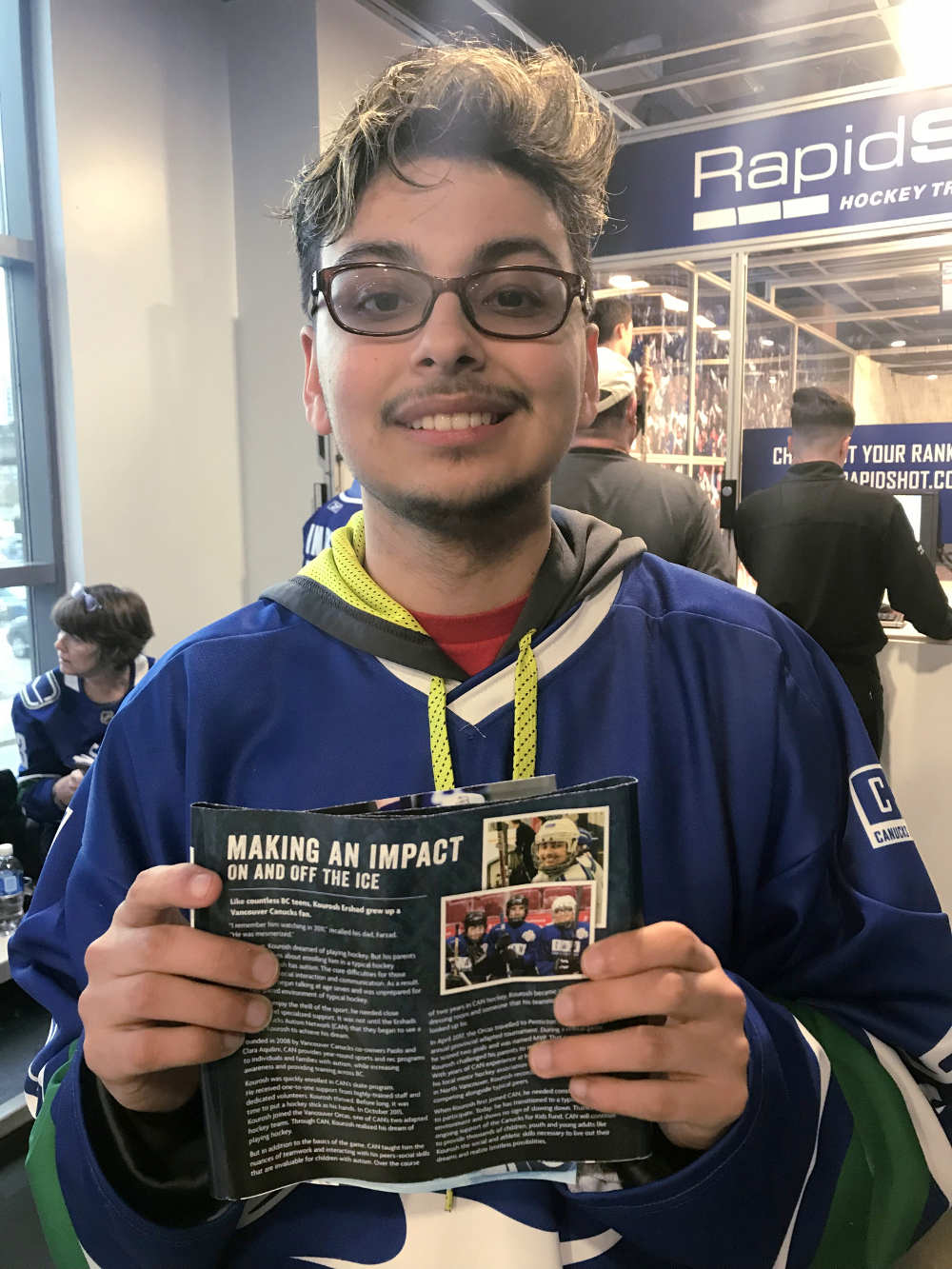 Kourosh and the Vancouver Canucks game-day program featuring this story.