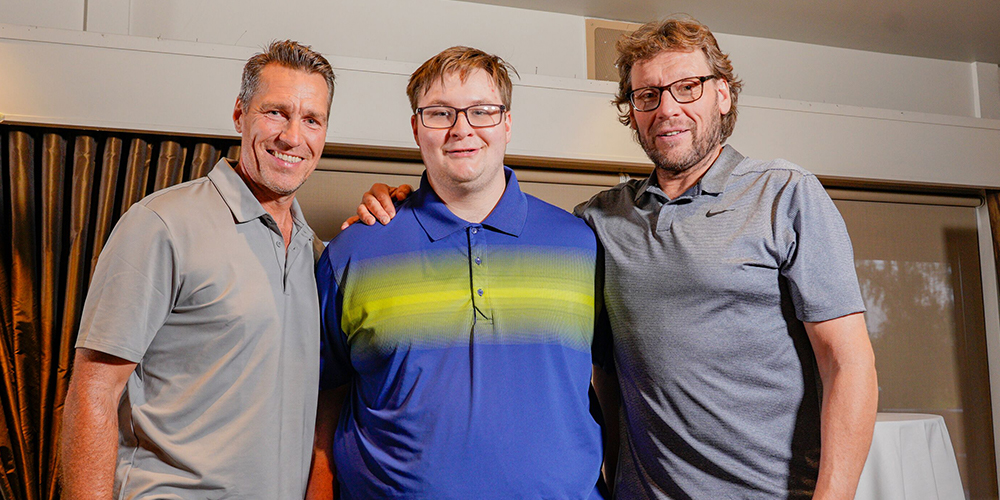 At the 2019 Canucks Alumni Charity Golf Tournament, Sylvain Formo delivered this speech in front of a room of former NHL players, tournament participants and guests.

My name is Sylvain Formo and I am 23 years old. I’ve been a member of Canucks Autism Network (CAN) since it was founded in 2008. During that time, they have completely changed my thoughts about having autism. And what a person with autism can do in their community.

Growing up was difficult. When I was younger, I had problems talking and being understood by others. Except for my mom, who always knew what was going on. At school, I struggled the most, where social interactions and speech were the most important.

But I always loved hockey and goaltender was my favourite position growing up. It was hard to participate in sports too. I seemed to learn and interact with my teammates a little differently. In a dressing room of 20 or more people, I never really knew how to talk to the other players.

Then in 2014, Canucks Autism Network started a hockey program — the Vancouver Orcas. The difference was huge in the support I received. There were more than 20 staff and volunteers with us. And they understood everything we were going through. 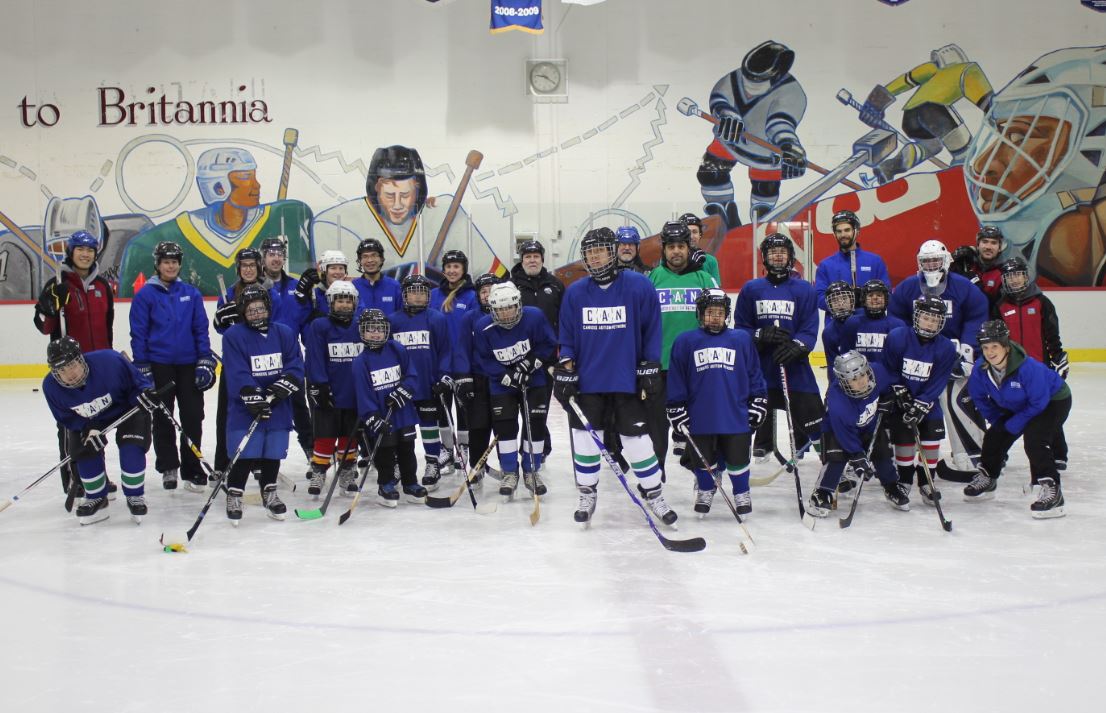 Sylvain (third from right in back row) on CAN’s inaugural hockey team in 2014.

At 18, I aged out of the program. And as CAN didn’t have an adult program yet, they asked me to volunteer. That is when I found my calling to be a goalie coach.

At first, it was just a way to stay involved with the team and be with the guys that I liked playing with. It was challenging. I wasn’t sure how to support these guys that once were my teammates.

But just like when I was a participant, the staff and volunteers carried me along. They gradually gave me the responsibility to lead activities, like team stretches and other drills.

I began to work with the Vancouver team’s goalie. Then, two goalies. I began helping out at the Surrey location a little bit too. After each practice, I started doing my own research on goalie drills through the Hockey Canada, USA Hockey and Finland Hockey websites. 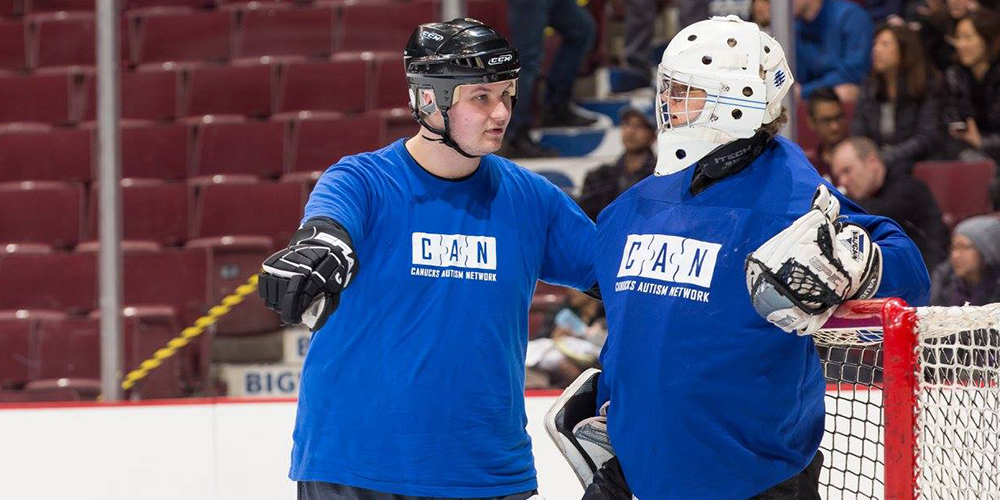 After a couple years as a volunteer, one of the CAN staff approached me and said, “You know you’re doing the job of a staff member now? Working one on one with the kids and developing lesson plans?”

This encouraged me to think of the possibilities. CAN offered me a position as goalie coach in the hockey program. And this past April, I just completed my second full season as a a staff member.

From participant to volunteer to staff, my involvement with Canucks Autism Network has changed my life profoundly. They have supported and encouraged me for over a decade and have pushed me to strive for greater things and better things in my life.

With every CAN program I participated in, volunteered in or worked at, I have learned more about myself. I have gained skills that have carried me forward not only in my employment with CAN, but into my personal life.

CAN has changed my attitude towards the goals I had set for myself. They have given me a newfound sense of confidence that anything is possible. And for that, I am eternally grateful.

But there are so many other kids, teens and young adults who need the continued support of CAN programs. In BC, 1 in 46 children have autism. That is over 16,000 children province-wide.

With your support, you can help us grow our programs and reach out to the autism community. You can help Canucks Autism Network impact lives, like they did for me.