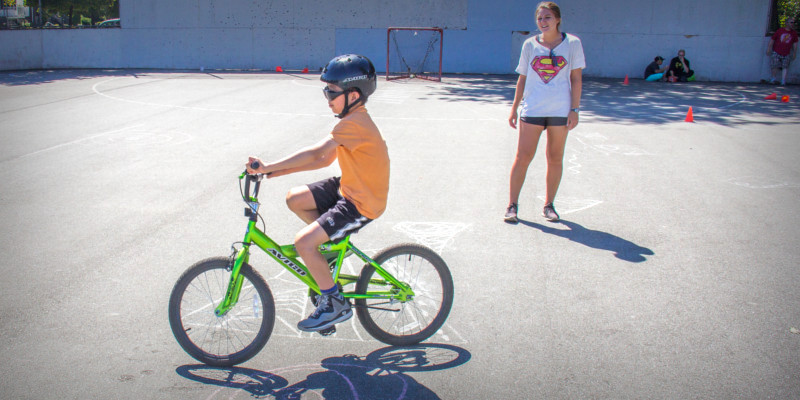 Like so many skills taught in Canucks Autism Network (CAN) programs, the ability to ride a bike can open up a range of opportunities for a child.

Whether it’s riding around the neighbourhood with your family, exploring the sea wall with friends or cycling to stay fit, biking can play an important part in an active and social lifestyle.

But before a child can begin to enjoy a lifetime of experiences on their bike, they are faced with that initial hurdle of learning to ride.

Coordinating one foot to push in front of the other. Finding that perfect centre of gravity. Turning the handlebars to avoid obstacles. All while trying to follow verbal instructions and trying not to fall down.

For a child with autism faced with deficits in social communication and behavior, as well as potential motor difficulties, it can be an overwhelming experience. 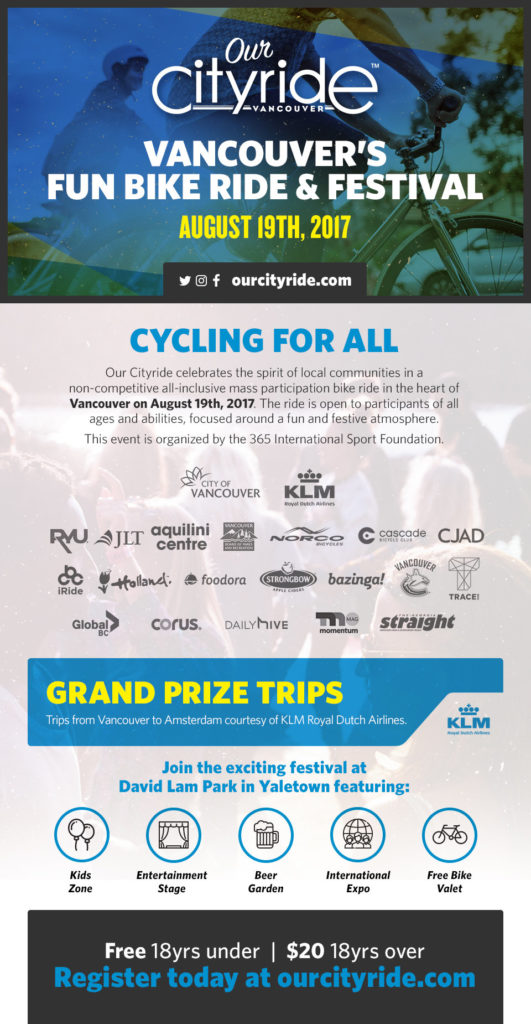 Earlier this month, we invited CAN families to share their child’s experience with biking in exchange for a chance to win one of two Norco bikes. With huge thanks to the 365 International Sport Foundation, in partnership with KLM Royal Dutch Airlines, the two bikes were generously donated in anticipation of Our Cityride on Saturday, August 19 – a community bike ride in Vancouver that CAN is excited to be a charity partner for.

Among the many entries, CAN parent Fion Lo recounted the barriers that her 9-year-old son faced when first trying to ride a bike at home.

“In addition to the challenges of his diagnosis, Marcus lacked confidence and was easily discouraged by setbacks. And between therapy sessions and doctor’s appointments, it was difficult simply finding the time to teach him.”

It wasn’t until Fion enrolled her son in CAN’s summer bike program that she began to see progress.

“The bike camps didn’t just focus on instruction – they were fun! He really fed off of the staff and volunteers’ enthusiasm and it was motivating for him to learn alongside other kids his own age. Marcus attended the bike camp two years in a row. By the end of the last camp, he could balance on the bike and ride around the track entirely by himself.”

What started at CAN has gradually impacted Marcus’ experiences in other areas of his life.

“This past June, Marcus began bringing his bike to school,” Fion continued. “With the skills he learned at CAN, he would bike around the track with all of his classmates cheering him on. Marcus does not usually get this level of positive attention at school, but biking has helped him with his confidence and relationships with his peers. Outside of school, Marcus and his dad will bike around the neighbourhood after dinner, spending precious time bonding with each other. Without the foundation that began at CAN’s bike camp, Marcus may still be using his training wheels. Thanks to CAN’s staff and volunteers, Marcus now has an achievement he is proud to show off to anybody that will watch!”

After filtering through countless stories like Fion’s, the Canucks Autism Network, 365 International Sport Foundation and KLM Royal Dutch Airlines are thrilled to be providing Marcus with a brand new Norco bike!

For a child to take skills learned at CAN into the community is what our programs are all about. We encourage anyone within the CAN family to come out to Our Cityride in Vancouver on Saturday, August 19! Join thousands for a scenic community bike ride through Downtown or enjoy the festival grounds at David Lam Park. Visit ourcityride.com for more details! 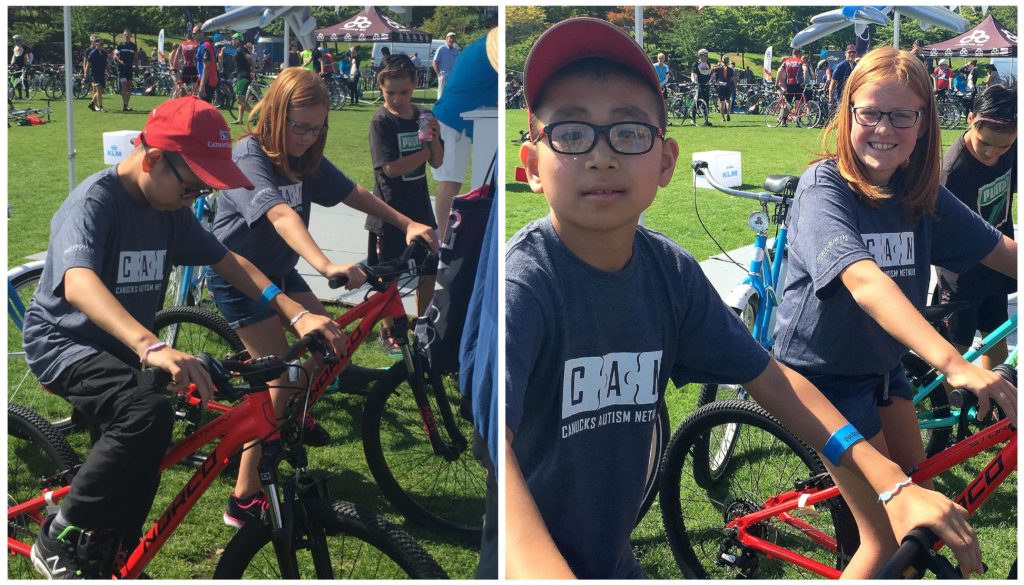 Marcus receiving his new bike, alongside the contest’s second winner, Avery, at Our Cityride on August 19, 2017.